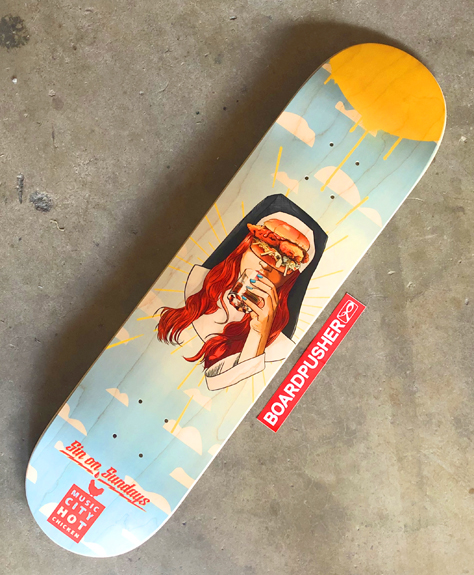 We’re going to close out 2019 with the last BoardPusher.com Featured Deck of the decade from one of our favorite […] 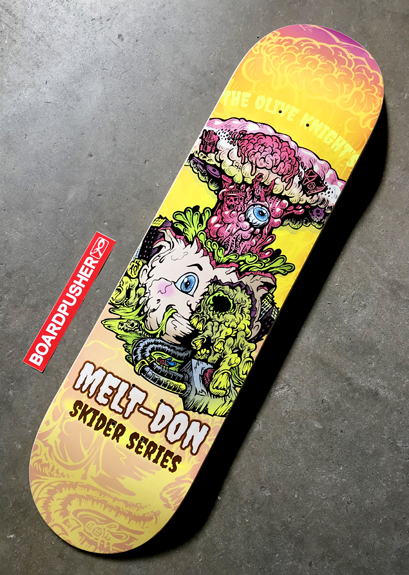 Taking inspiration from Garbage Pail Kids and combining it with his own intricate style, Christopher Hernandez (aka The Olive Knight) […] 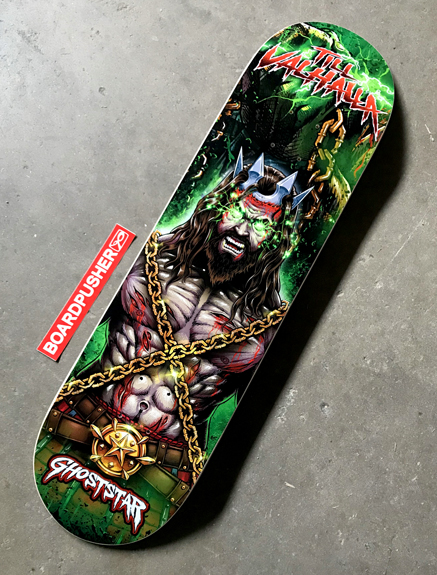 Ghoststar creates a lot of sick comic book style designs using vibrant graphics. It was hard to pick which board […] 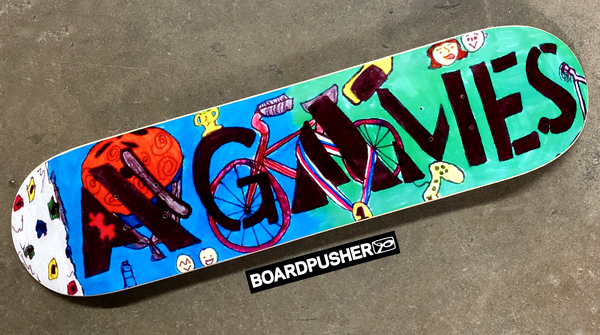 Originally hand-drawn by a young lady named Citlaly, this week’s BoardPusher.com Featured Deck was created for the A-Games, “X-Game type […] 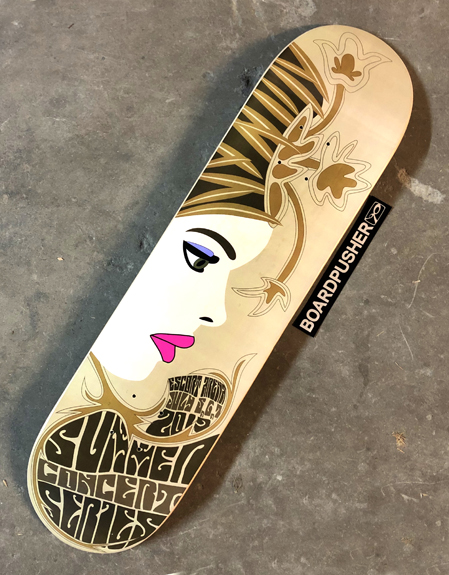 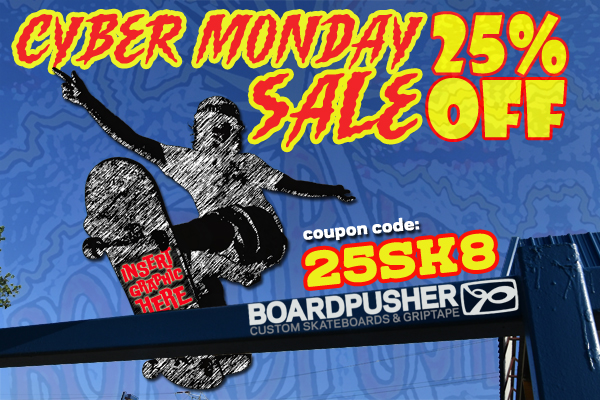 Cyber Monday is here and it’s your last chance of the season to get 25% off all BoardPusher.com orders. Custom […] 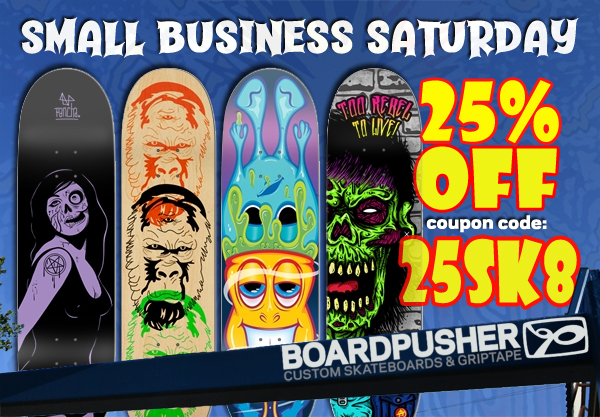 It’s downright impossible to make a purchase on BoardPusher.com without supporting a small business or independent entrepreneur and you can […]

Our biggest sale of the year is here! Get 25% off ALL BoardPusher.com Custom Skateboards & Griptape orders all weekend […] 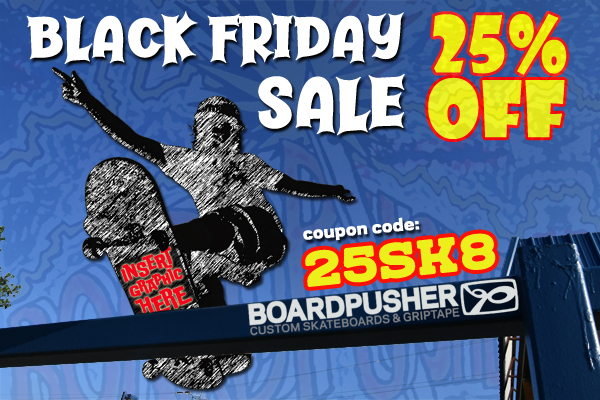 We’re so excited to see what graphics you’ve come up with this year that we couldn’t wait, so we’re starting […] 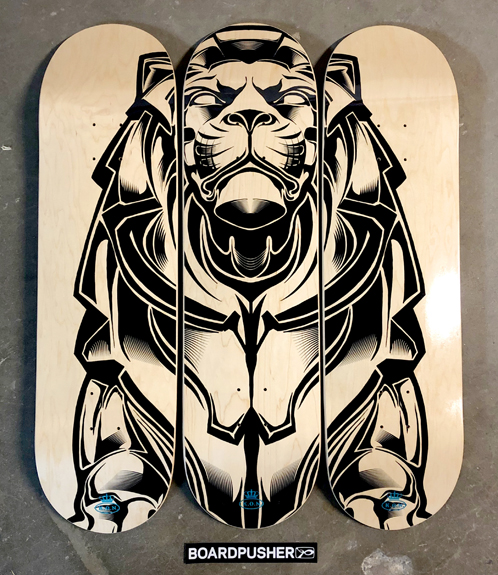 Just James Dalton showing off his expertise with another split deck series for this week’s BoardPusher.com Featured Decks. This series […]