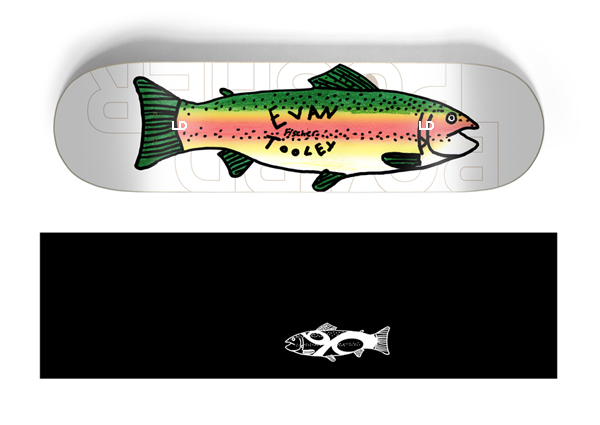 We’ve known Evan since he was a little tyke so we were excited to help him create his latest skateboard design.

The graphic was created using markers and colored pencils before being scanned so that the colors and contrast could be enhanced in Photoshop. “The experience designing the board was a great one.” Evan told us when working with the BoardPusher.com art director.  “It went really smoothly from paper to deck and, with a few tweaks in Photoshop, we were really able to make the graphic pop off the white background.” 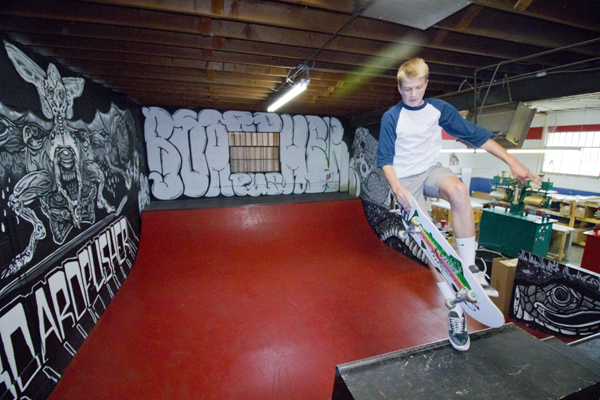 Since Evan is goofy footed, he wanted the graphic running down the deck and flipped the BoardPusher logo opposite the fish for an added dynamic to the design. As for the significance of the fish, “The fish is something I’ve always sketched as a doodle and never really thought anything would come of it. Since my middle name is Fischer I thought it would be a decent play on words.” 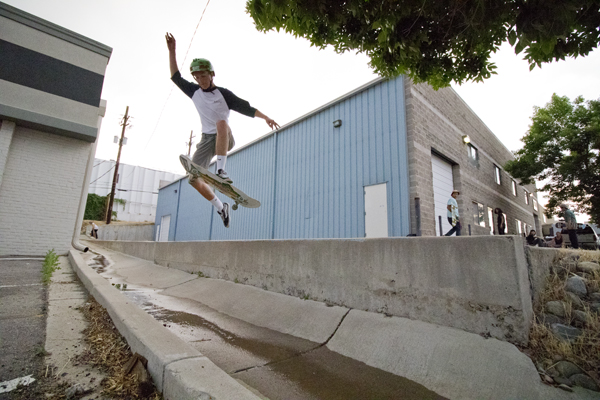 Evan also added “LD” to go under the trucks on his graphic. “The LD is something that I’ve always done. It stands for ‘Lock Down’. When I was competing a lot back in the day I would only go with tricks I had on lock down, hence the LD.” Evan added the LD using the font generator on the BoardPusher.com skateboard designer after uploading his finished graphic. You can check out that process in the quick video below.

It really is simple for anyone to create his or her own skateboard graphic with just about any tools you may have. Give it a try on BoardPusher.com. 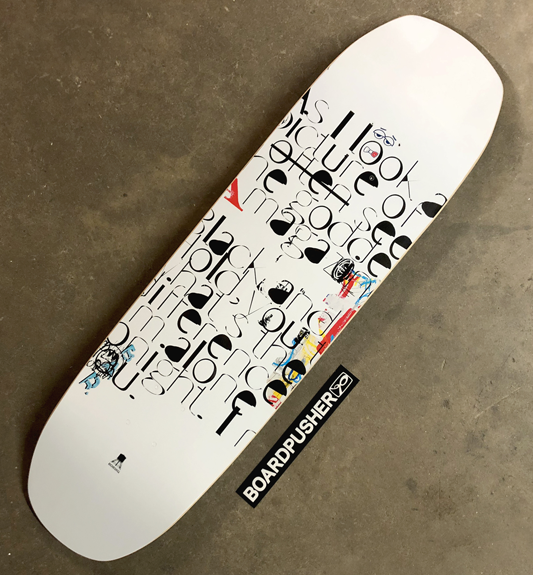 Featured Deck of the Week: “old Lyrics and Poems” by Sean Fermoyle

Featured Deck of the Day: Stormtrooper by Nicole Martin 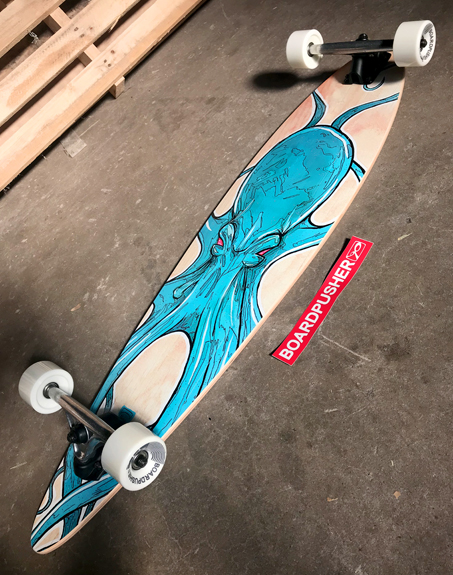 Featured Deck of the Week: “Release the Kraken” by Tom Ryan