Who didn’t used to dream up band names when they were a kid? Some of us at still do it daily. This week’s BoardPusher.com Featured Deck was created by Jonathan Marshall for his son and “his make believe band that he named Death Zombie. I thought it would be fun for him to have a skateboard with the design on there. Will be really cool to tell him people have seen his skateboard with his band’s name on it.” Maybe we’ll see Jonathan designing his son’s record covers or pro models in the future, but for now you can view Jonathan’s current portfolio at johnathanmarshall.com. 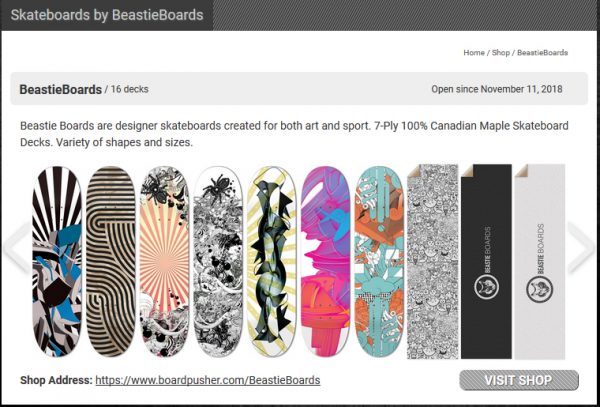 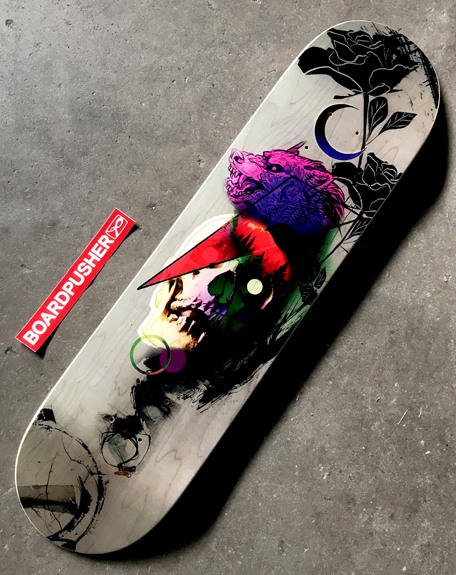 Featured Deck of the Day: Skull Wolf by Ray Sanchez 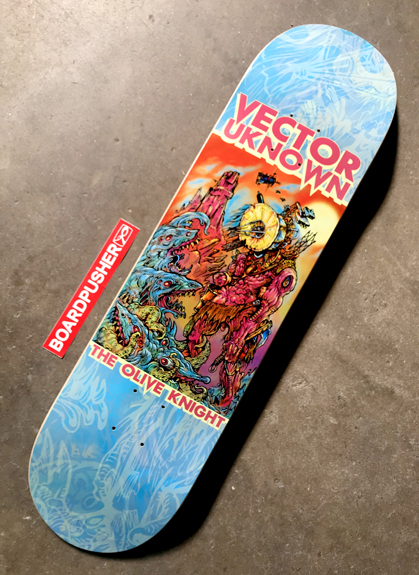 Featured Deck of the Day: Vector Unknown by The Olive Knight