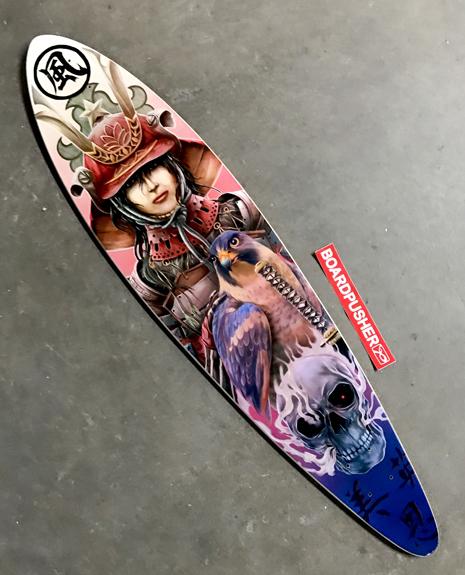 “My intent is to create a strong female figure” Cris Luspo begins when describing his pintail longboard Featured Deck, “…in the shape of a Samurai that was a profession mainly handled by men in ancient japan. I purposely stayed away from sexualizing her, and focused on her toughness and mental focus- to say that, women can do the job too. She is part of my ‘Air and Wind’ concept, which represented on the Japanese symbol and the falcon.” Cris has posted a lot of his skateboard designs at artofcrisluspo.blogspot.com or you can follow him on Instagram @art_of_crisluspo. 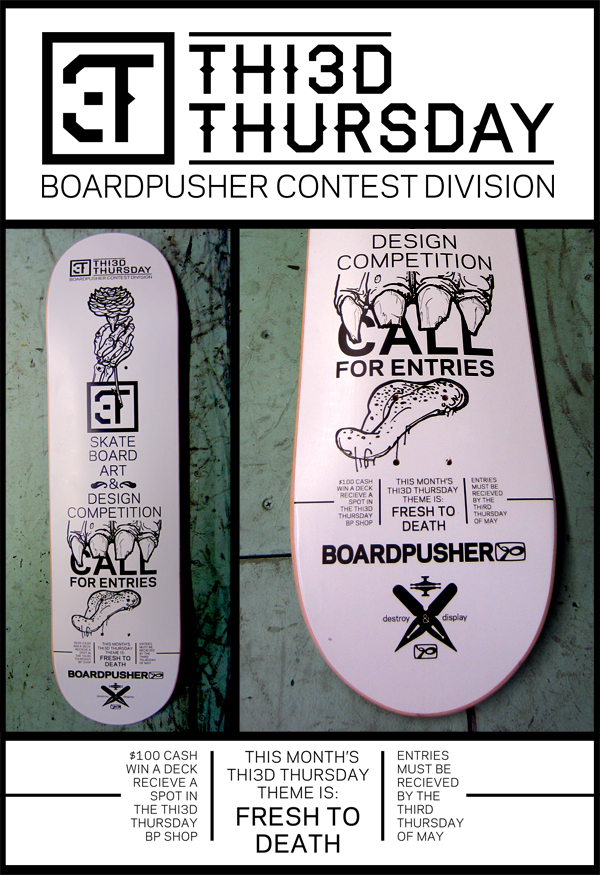 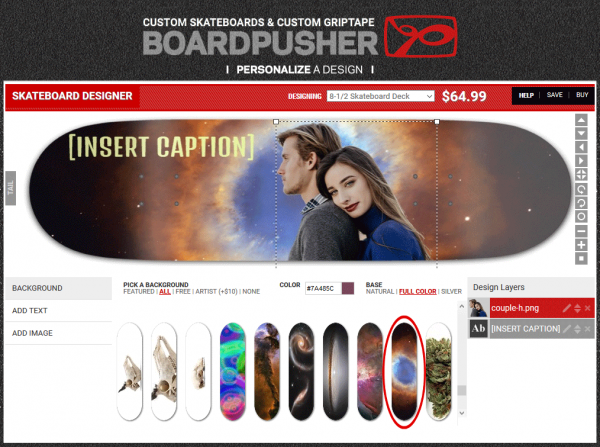 Choose the Perfect Background Graphic for Your Photos

Featured Deck of the Week: “Katana II” by Manuel Sessink