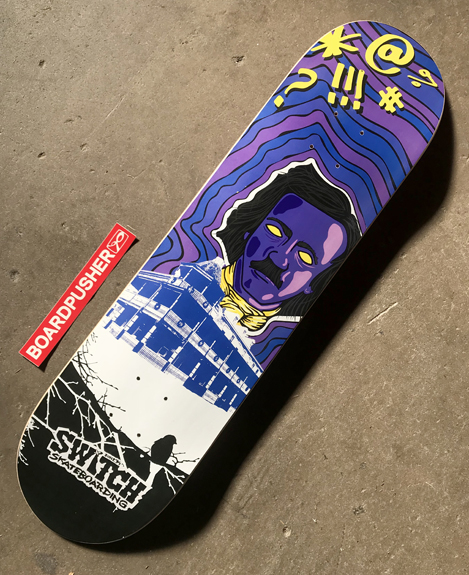 Today’s BoardPusher.com Featured Deck was created by Ali Stewart in conjunction with her local skate shop, Switch Skateboarding, as a Visual Communications project. We like the story behind  this design’s namesake, “The Deer Park Tavern has been a Landmark in Newark since 1851. Originally, the St. Patrick’s Inn had stood in its place since 1747. During the American Revolution, soldiers stayed at the St. Patrick’s Inn and it is stated that George Washington spent a night. When the Inn, a three-story log cabin, burned to the ground, the present brick building, known as The Deer Park, was erected in 1851 using materials found locally in the Newark area.  Edgar Allen Poe lectured at the Newark Academy. As he was attempting to descend from a carriage at the Inn, he was reputed to have fallen in the mud and was so upset that he put a curse on the building.” You can check out Ali’s portfolio at alisonlydia.com.

Represent your hometown by creating a custom skateboard graphic with some of your favorite local landmarks at BoardPusher.com. 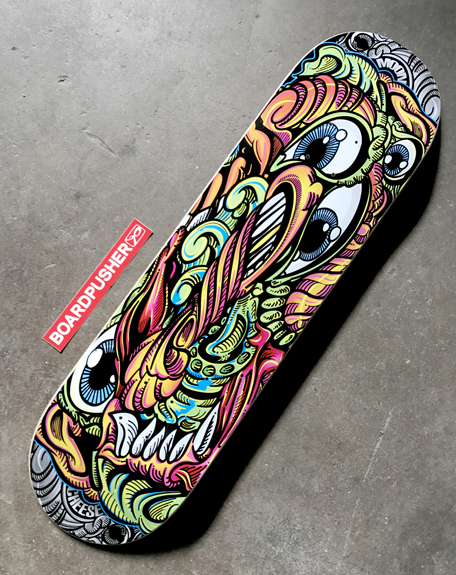 Featured Deck of the Day: Monkey on Acid by Ryan Halub 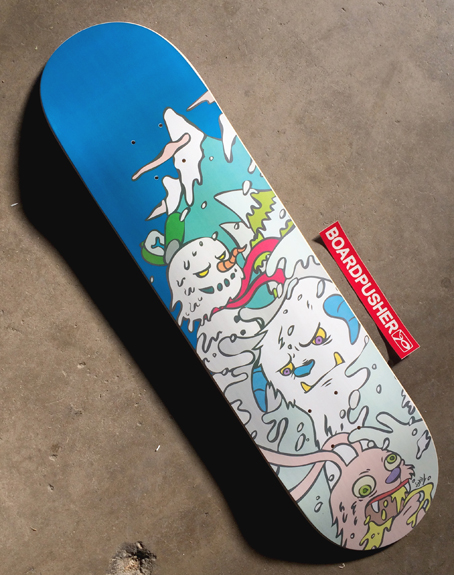 Featured Deck of the Week: “SNOWSTORM” by Taeyun Ann 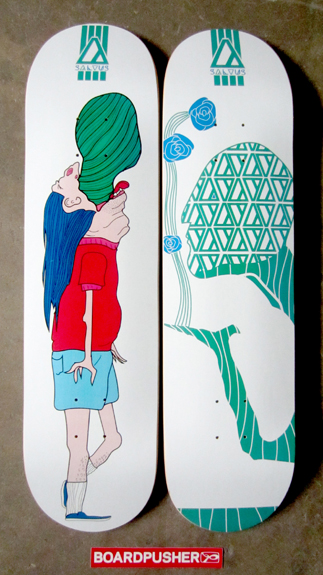